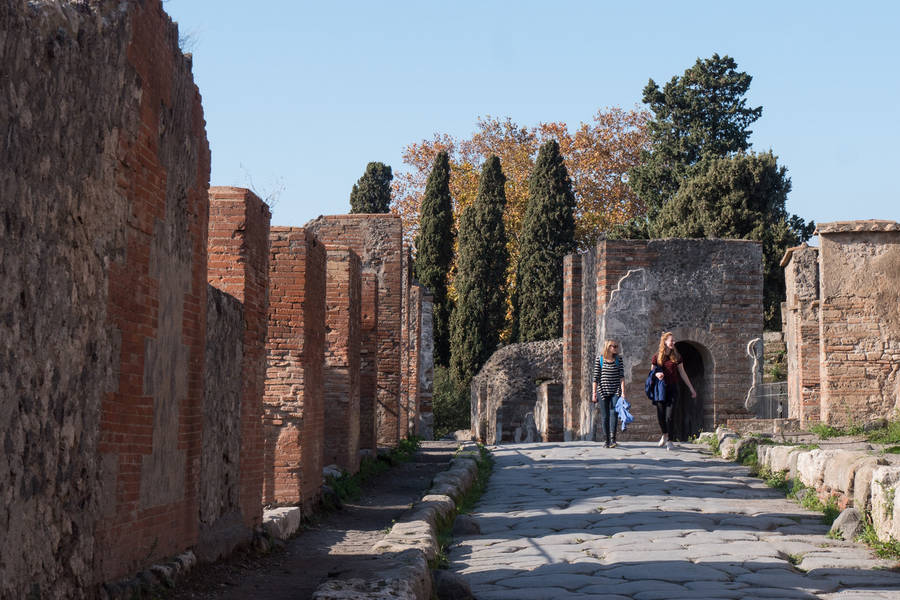 It's easier than you think to organize a Pompeii tour from Rome. If your itinerary is flexible, we suggest dedicating a few days to exploring the sights in Rome and a few days to visiting Naples and the Amalfi Coast, including a tour of Pompeii.

Otherwise, if you don't have enough time to spend an overnight or more near Pompeii to explore, you can opt to take a Pompeii trip from Rome in a single day.

You can choose between joining an organized Pompeii tour from Rome or visit the archaeological remains on your own by taking public transport. We recommend joining a tour to make the most of your time.

How to Get to Pompeii from Rome

It takes about 2.5 hours to drive to Pompeii from Rome, and the route is primarily along major highways.

There are numerous bus tours from Rome to Pompeii to choose from. These generally include pickup from your hotel in the center of Rome or from central meeting points in the city and transport via air-conditioned coach directly to the Pompeii archaeological park entrance. From here, the group takes a guided tour of the ruins followed by free time for lunch and often a quick stop in the center of Naples before the return trip to Rome.

Book a Pompeii tour from Rome

How to Visit Pompeii from Rome by Train

It takes a bit longer to take a Pompeii trip from Rome via public transportation:

Book your train tickets from Rome to Naples

It takes about 1 hour and 10 minutes to reach Naples from Rome by train, and an additional 40 minutes by train between Naples and the ruins of Pompeii. Trains to Naples depart hourly from Rome beginning in the early morning and continuing through the day; trains from Naples to Pompeii depart roughly every 20 minutes. The Circumvesuviana trains depart and arrive from the lower level of the Naples central station, below the high-speed train platforms. If you plan on taking the train from Rome to Pompeii, allow about 3 hours of travel time to reach Pompeii from the Rome Termini station.

Visiting the ruins of Pompeii

The ruins of Herculaneum are much smaller than the ruins of Pompeii and can be easily seen in just a few hours. There are licensed guides at the entrance, so you can book a guided tour if you prefer.

Visiting the ruins of Herculaneum

Pompeii and Vesuvius day trips from Rome are a popular option, but we recommend joining an organized tour or booking a private driver as relying on public transportation can be time-consuming and stressful.